Considering the current CORVID-19 concerns, I took a bit of time this evening to hack together a basic, usable by members/event hosts, streaming facility for events such as meetups and meetings. 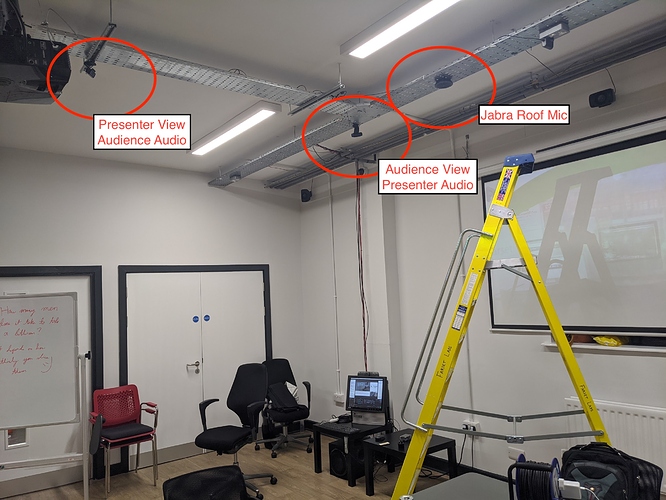 Using the cameras we got a while back for GGJ events, and the Active USB extender, all mounted into the roof, two Logitech C290 cameras and a Jabra Talk 510 Mic are wired into 1 USB connection piped down to the AV ‘desk’.

This is currently plugged in to the old Media/Game PC, which automatically logs in and (should) automatically boot into OBS. If this doesn’t automatically start up, theres a shortcut on the desktop too.

(This is wired into the the HDMI switch too but I couldn’t get the PC to drive the display, but it wasn’t my priority so I didn’t worry about it too much)

Scenes are combinations of inputs in a particular layout.

I’ve configured two “Scenes” for use with the Stream; “Presenter Focus” and “Audience Focus” 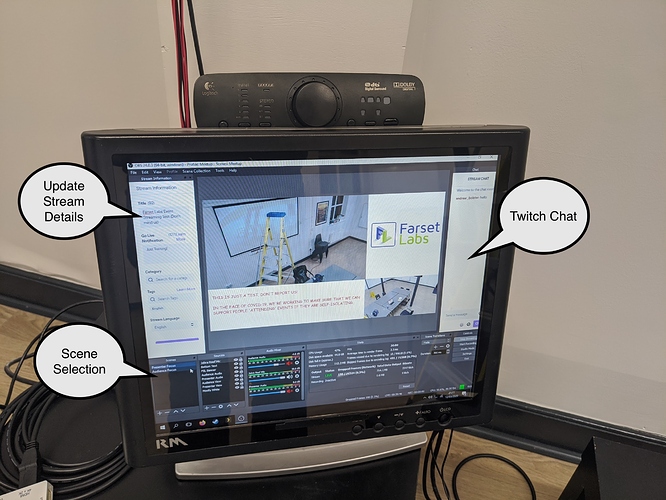 The scenes themselves are fairly self explanatory; One focused on the Presenter with a PIP for the Audience, and Audience Focus does the reverse.

You can switch between the scenes on the toolbox labelled “Scenes” 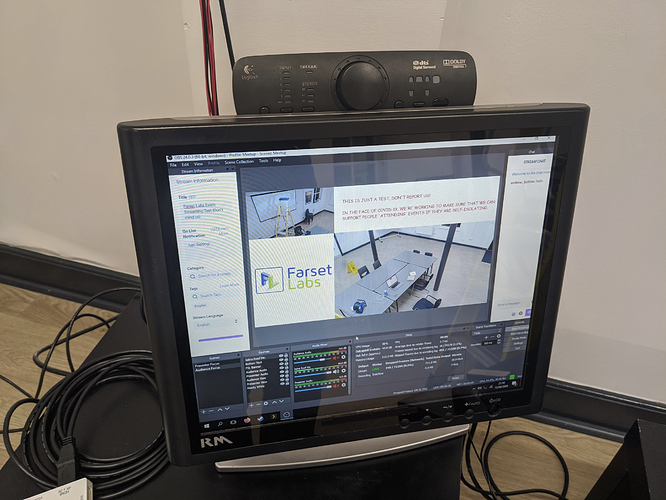 For different events (or even changing mid stream) I’ve set up a single Text field called “Bottom Text”, and you can edit the context, colour and font by double clicking on the Bottom Text entry in the “Sources” toolbox.

It’s as simple as clicking “Start Streaming” on the bottom right control panel. You’ll be live on https://twitch.tv/farsetlabs immediately, but there is an approximately 5 second RTT delay, so watch for feedback…

There’s something fiddly I don’t quite understand about twitch in terms of officially “Going Live” from the OBS interface, so…