Based on William Gibson’s short story first published in 1981, the 1995 film by Robert Longo, follows the titular Johnny, a cybernetic data-courier, who is used to discreetly shuttle information in the real world that’s too sensitive for the VR based Internet of 2021. Seeking to regain his broken memories, Johnny undertakes ‘one more job’ to cover the costs of removal. After a risky procedure to give him more storage space, the clock is ticking for Johnny to get the data out of his head before the data in his brain kills him. The narrative incorporates themes that explore balance between superior technology against superior humanity. And Guns. Well, one gun.

And we’ll be watching it, this time a little later in the month.

As usual, this event will be a watch-along , so we’ll not be providing the media, but we’d encourage you to obtain it via rental and share the links in the discourse or otherwise and join in the discussion as we watch on Twitter using the #InfoSecNI hashtag or on our Discord, where we might even do a voice chat if we can deal with the sync issues… 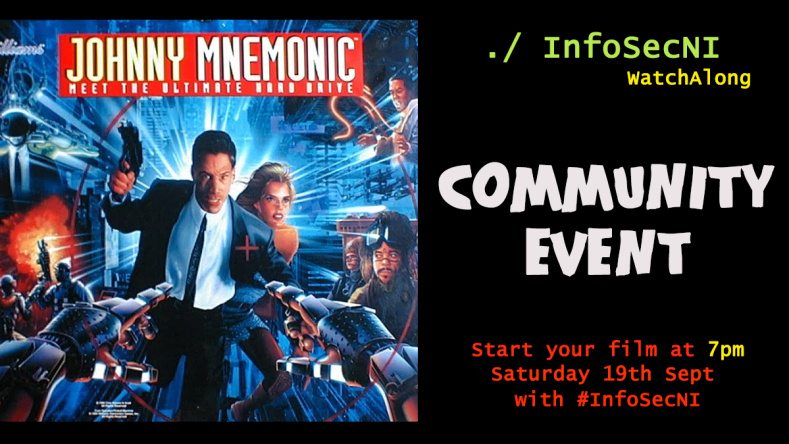